Feminism for Men is a self-study experience for people of all genders who are interested in how Feminism School principles and practices—including connection to the body and cultivating a contemplative writing life—apply to men learning feminism.

This course is Core Curriculum for Feminist Leadership Trainings for organizations. It is currently not open to the general public for enrollment.

The Feminist Study Partner Program (Tuition for Two):
The $2200 tuition covers two participants because this learning is designed to be done with a friend, partner, or colleague. 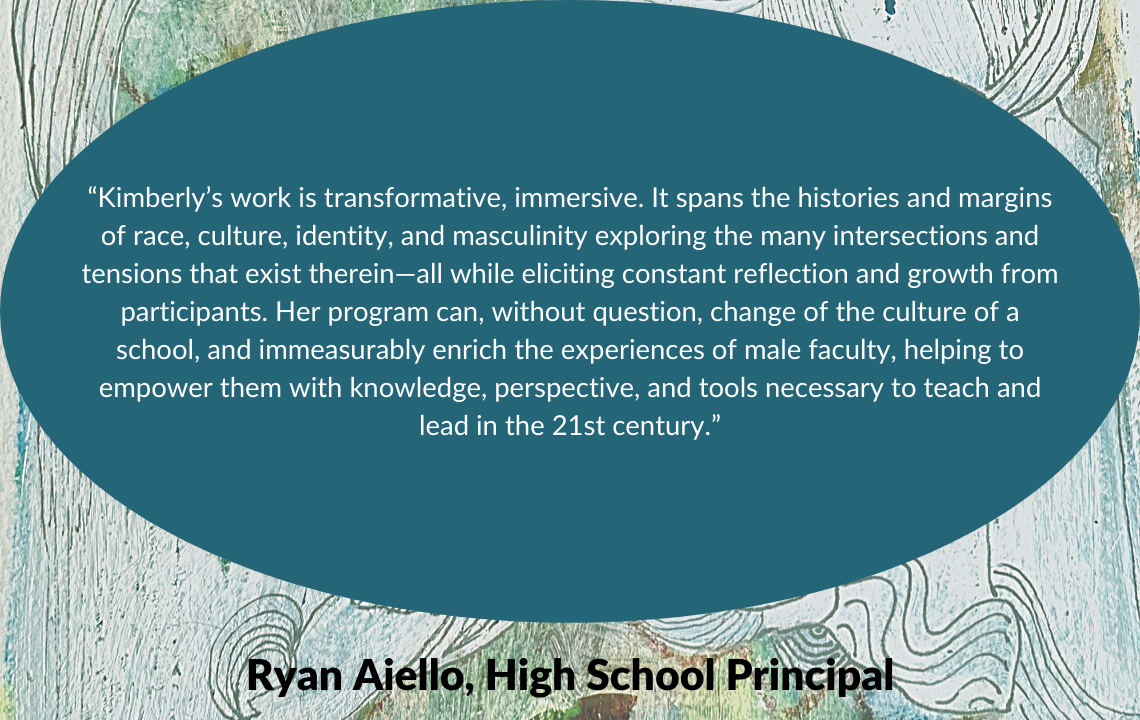 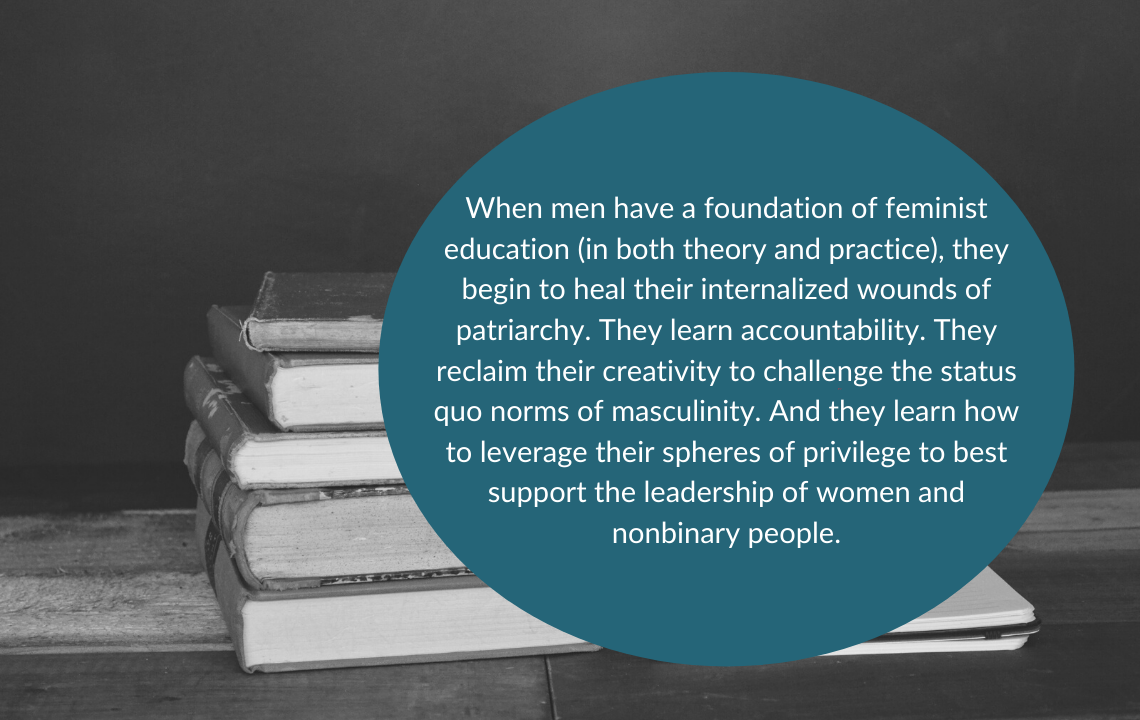 "Male privilege" is an important phrase to name gendered hierarchies. But it also a blunt tool. What exactly do we mean by this phrase male privilege? For example, what does male privilege mean for Black men, men of color, white men, disabled men, queer men, trans men, immigrant men, Indigenous men, rich men who own the labor power of other men, Christian men within Christian supremacy (as in the United States), etc.?

In course teachings, we ask you to reflect on how these hierarchies of masculinity harm joy, accountability, and creativity. When boys and men are conscripted into patriarchy's relations of power— which cut differently across sexuality, race, class, ability/disability, and other experiences of identity—they lose the fullness of their birthright to be fully themselves in a world that demands conformity to patriarchy's rules, shaming, and violence. At the same time, they also enact male privilege and male supremacy that harms women and nonbinary people. 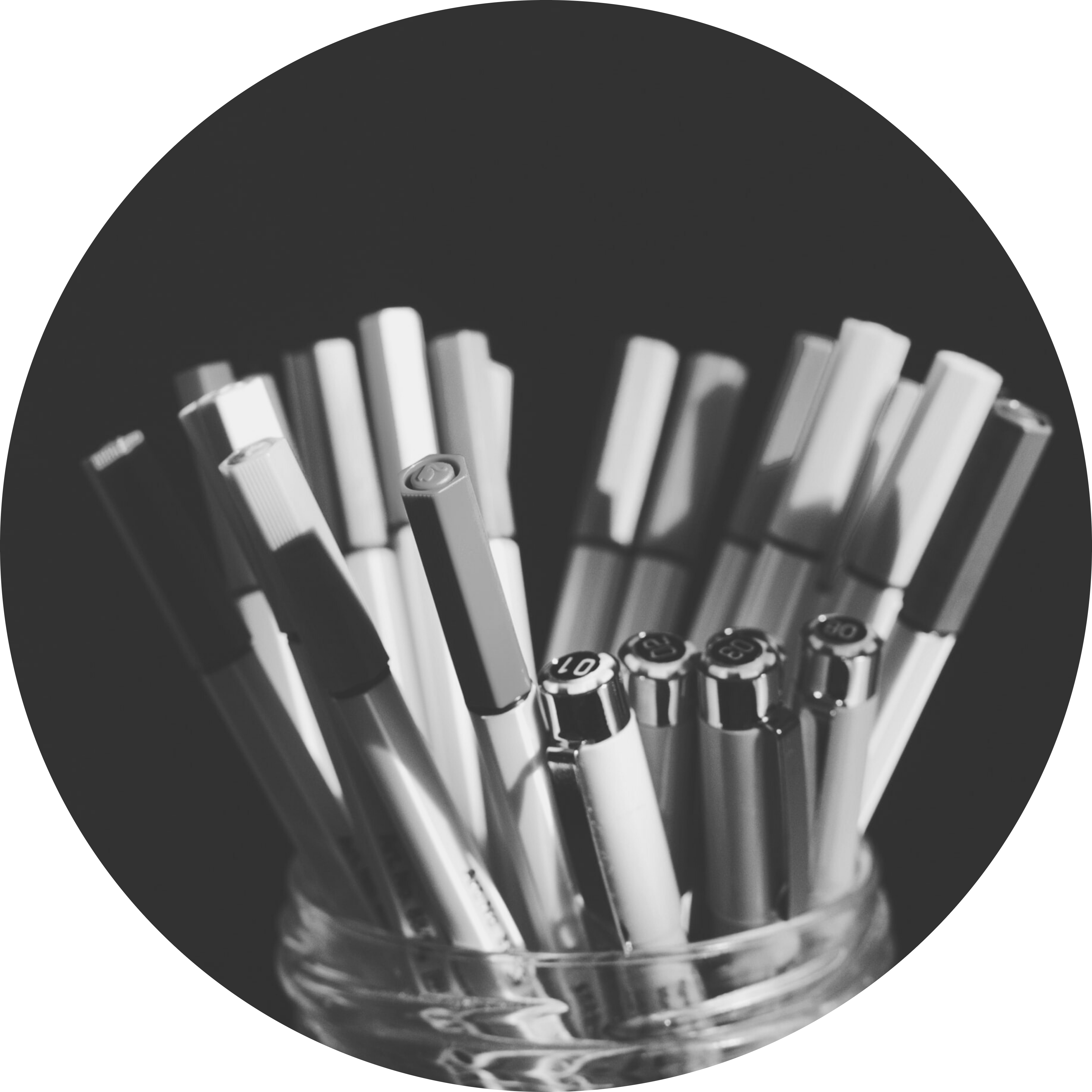 Men taking responsibility for their defense mechanisms is critical for men to learn feminism (and for women and nonbinary people to not become exhausted!).

It is hard for many men to learn feminism because 1) they are disconnected from their bodies and emotional life and 2) they do not regulate their nervous systems when receiving feedback about their behaviors within patriarchy and 3) they use defense mechanisms to avoid truly listening to women and nonbinary people speak the truth about their lives.

The course teaches on these defenses—like lashing out in anger, withdrawal in order to punish, stonewalling, gaslighting, claiming they are the "good" man, and minimizing the knowledge of women and nonbinary people.

Using a trauma-informed approach, you learn how male defense mechanisms keep men from perceiving and feeling the impact of patriarchal power and control on women and nonbinary people around them. But these defenses also keep men from feeling and grieving how patriarchy—and all systems of oppression—are also harming men. 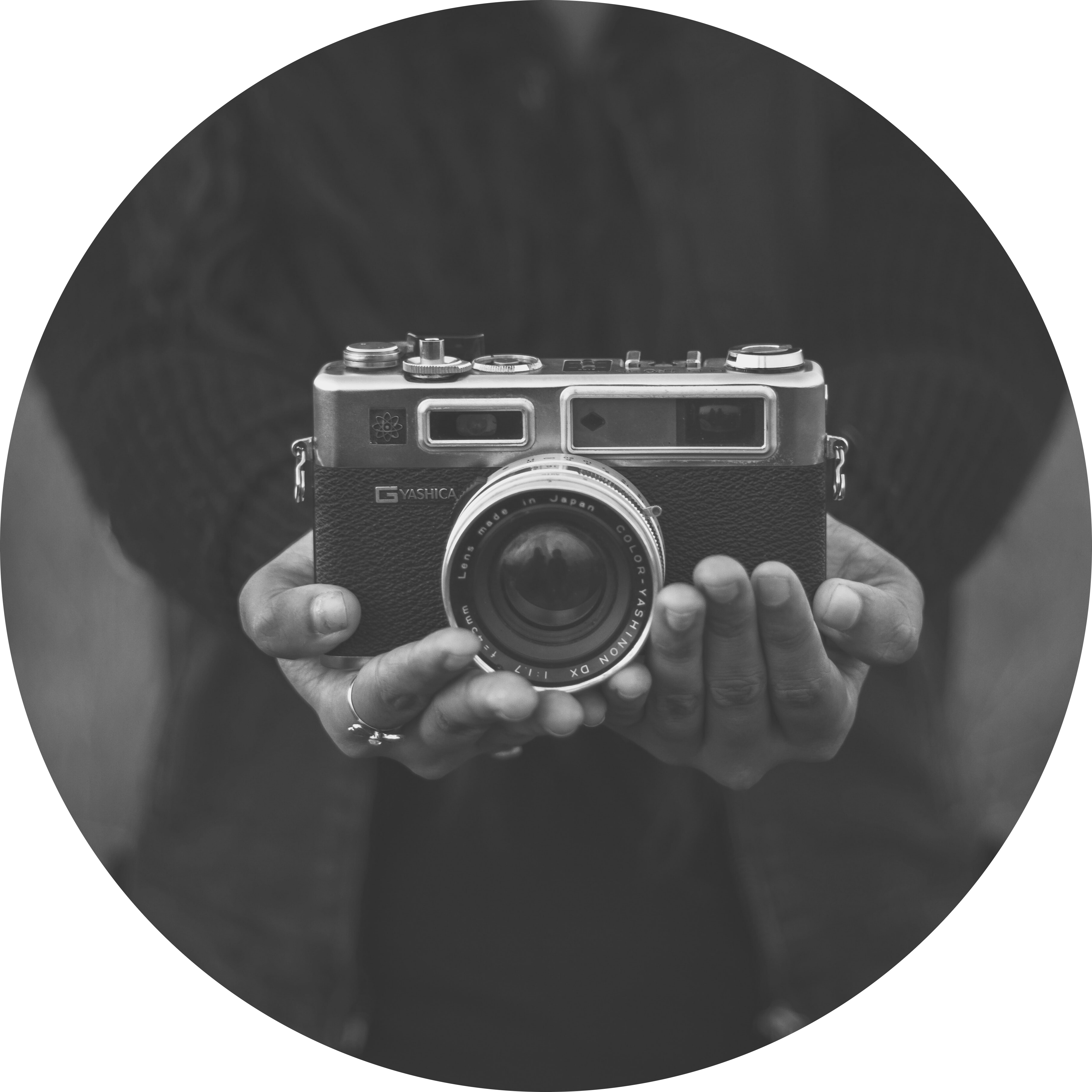 One of the most exciting (and challenging) aspects of men learning feminism is establishing a precedent for men of centering women's knowledge. One way men can do this is by committing to listening/learning from feminist theorists, as a pathway to learning deeper listening skills with women.

Taking responsibility for learning the work of feminist foremothers is a pathway that unfurls significant shifts in perception and awareness for men. But what does this work look like in practice?

This course teaches you practices of learning and unlearning; ways to be receptive and active as a reader/listener; and ways to embody contemplative reading and writing practices. You will learn techniques to bridge the intellectual work to the emotional, spiritual, and psychic work of the transformational feminist learning. 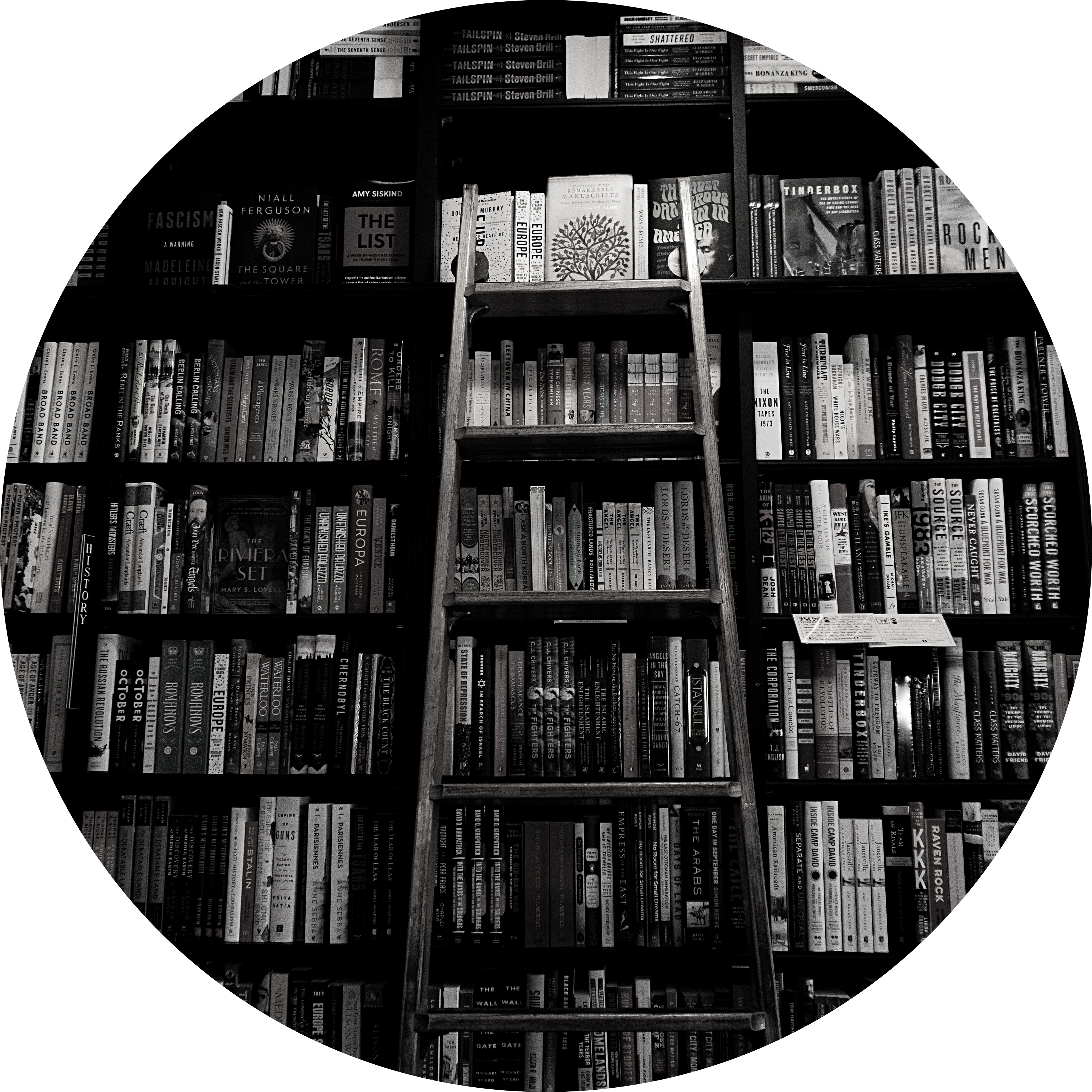 This course teaches participants a pathway to change through 1) reconnecting the mind and the body 2) discerning intergenerational healing practices and 3) trusting our desires within our creative process to move us through trauma, isolation, and suppressed and unnamed grief.

Patriarchy harms men's creativity and sense of play and fluidity through the gendered binaries it coerces upon boys within hierarchies of masculinity. Dismantling patriarchy requires a renewed imagination for what is possible and a recognition that we are interrupting a repetitive script, breaking into new and vibrant potentiality. 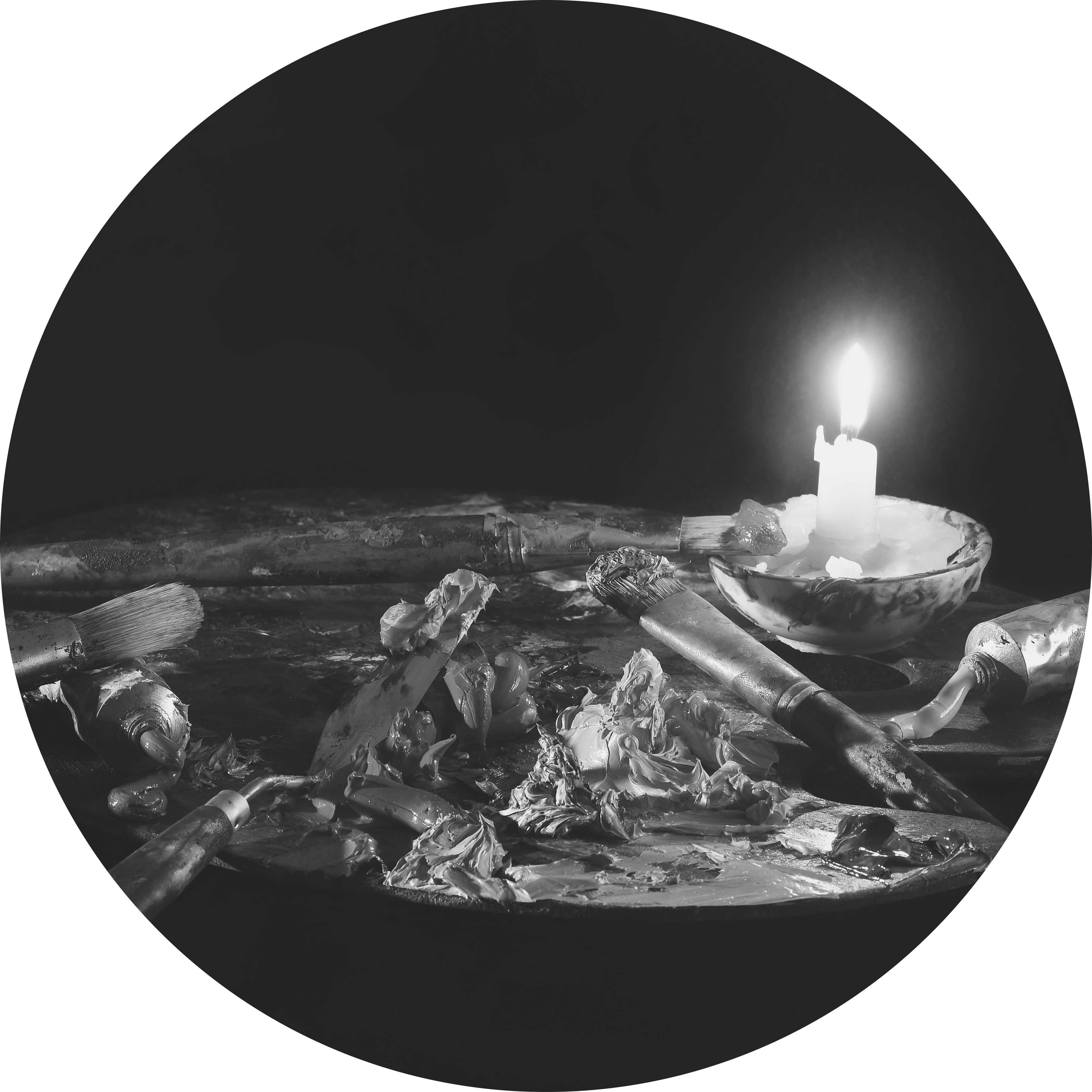 Connect for a consultation.